Rosacea is a chronic disorder that affects the skin, the eyes or both. Common symptoms include irritated, red skin; swelling; small, acne-like pimples; broken blood vessels or telangiectasia; and an enlarged, red nose. 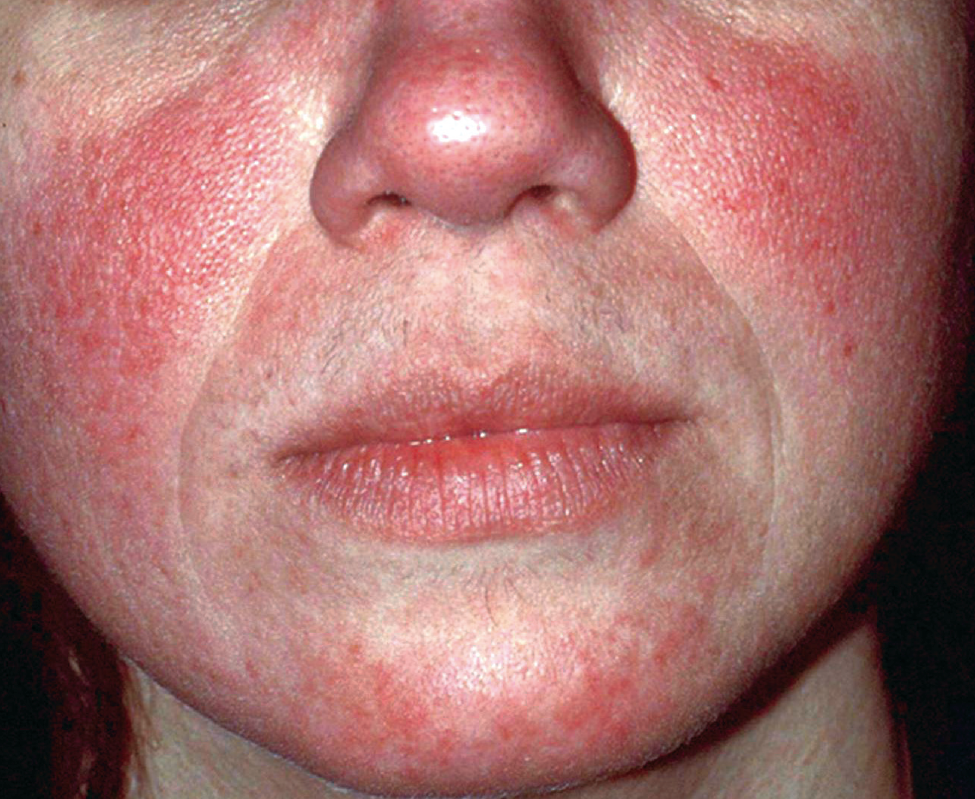 The symptoms of rosacea often start with a rosy, flushed appearance that comes and goes on the cheeks, forehead, chin and sometimes the neck and upper back. Over time, the redness simply doesn’t go away, usually starting around the nose then spreading to the rest of the face.

The exact cause of rosacea is unknown, but researchers have a number of theories. Some believe that it’s caused by swollen blood vessels -- or vascular dilation -- leading to reddening skin. Others posit that microbes in hair follicles clog pores, resulting in irritation and swelling. Some studies link rosacea to a bacteria known as Heliocobacter pylori. Research also suggests that there may be a possible genetic link to rosacea.

While the exact cause is not yet known, triggers include:

Common ocular rosacea symptoms include burning, tearing, itching, a gritty or sandy sensation in the eyes, red or bloodshot eyes, and inflamed eyelids. Many people also experience infection of the eyelids, which leads to redness and swollen lids.

Like cutaneous rosacea, the exact cause of ocular rosacea is not yet known. Some researchers link it to local inflammation; some studies suggest that ocular microbes may cause chronic inflammation and lead to infection.

Science has not yet figured out how to cure rosacea. However, its symptoms may be managed and controlled through a combination of treatment methods such as:

Prevention plays an important role in managing rosacea. Limiting intake of known triggers, such as spicy foods and hot drinks, reducing sun exposure, protecting skin from the elements, and not becoming overheated during exercise are accepted management methods. Avoiding the use of harsh cleansers, soaps, lotions and other health and beauty products that exacerbate skin inflammation and irritation may also provide some relief.Natural Supplements

Natural supplements help control rosacea symptoms by modulating inflammation and soothing skin. Topically applied botanical supplements containing flavonoids, such as Chrysanthemum indicum, have been found to significantly reduce erythema, or inflamed capillaries. A 2005 study of 246 rosacea patients found that a applying cream containing a 1% C. indicum extract for 12 weeks decreased capillary wall permeability and increased resilience, thus reducing redness. Similarly, a 2008 study tracked 46 patients who applied milk thistle (specifically its active compound, silymarin) and methylsulfonilmethane, a sulfur compound found in many foods, for one month; the combination significantly reduced rosacea-related inflammation, redness and acne. Other topical supplements for rosacea include green tea, feverfew, chamomile, colloidal oatmeal, aloe vera, licorice and turmeric. A 2008 metastudy found that these botanicals contained potent inflammation-modulating compounds that may ease the symptoms of cutaneous rosacea. Of the botanicals evaluated in this study, turmeric -- the yellow root spice that is a popular component of Indian cuisine -- was found to be the most effective.

In addition to topical supplements, oral nutritional supplements have been found to benefit those suffering from rosacea. Vitamins helps regulate skin cell growth, the B-complex vitamins aid in skin repair and protection, and vitamin C provides flavonoids that reinforce capillary wall strength -- all benefits that may assist in easing rosacea symptoms. Zinc supports epidermal health while supporting the body’s metabolism of Vitamin A. Flaxseed, borage and evening primrose oil act as inflammation modulators and aid in blood vessel contraction.

Since the condition may damage the eyes' outer layers and lead to symptoms that are commonly associated with dry eye syndrome, some eye vitamins designed to soothe, support and strengthen tear film may also be especially helpful in addressing the symptoms of ocular rosacea.